This week I was caught a nasty cold from the kids and was pretty much useless 🙁  I’ve been working on getting more Mexico photos posted but it looks like that will wait until next week.

I wanted to share a few videos by Lee Hi (이하이). She recently released her album, “Seoulite,” and I really like all three videos from it that I’ve seen.

Lee Hi is kind of quirky and unconventional for a K-pop idol which I find charming.  And her voice is AWESOME.

“손잡아 줘요 (HOLD MY HAND)” is my favorite song from “Seoulite” so far.  The video is fun with its 8-bit graphic touches.

“My Star” is jazzy and really shows off her voice.  And how cute is the styling of the video?  I love its retro look.

“한숨 (BREATHE)” is a more typical ballad but the video is really good and meditative.  The aerial shots of Seoul are almost achingly lovely.

That’s it for me!  I hope you have a great weekend.  I’ll be back next week with more pics from Mexico.  See you then!

Have you adjusted to Daylight Savings yet?  Because we’ve all been dragging ourselves through this week.  Trying to cajole E out of bed at what was effectively 5:10am so he could dose for his milk OIT therapy was rough!  And I still haven’t even started on our taxes yet, gah.  If anyone needs me this weekend I’ll be curled up on the couch watching tv and hiding from reality.

Just a reminder, you still have time to enter the giveaway for that kids’ book about Chinese emperors I reviewed.  It ends Saturday night.

To kick off the weekend, here’s a couple versions of a song by new Kpop group WJSN (also known as Cosmic Girls).  WJSN / Cosmic Girls is made up of Korean and Chinese girls (to maximize marketability?) which is interesting…and there are TWELVE of them.

This is the official version of their video for “MoMoMo” which is a cute song.

And here is the “choreo” version of the video. Official Kpop videos usually feature a narrative intercut with a dance routine but a lot of groups release videos which are basically a dance practice so you can see the whole routine.  They’re filmed simply but I like them because the routines are usually great.  And with twelve girls this routine is impressive.

I hope you have a good weekend.  See you next week!

The girl group Mamamoo is one of my favorite Kpop groups right now.  All four of the girls can really sing and I like their retro sort of jazzy sound.

This song, Taller Than You, is catchy and cracks me up.  Height can be a big thing for Kpop idols and it’s fun that they have a sense of humor about it.  The official version didn’t have subtitles so I found a file that did because the lyrics are funny.

This other song, Piano Man, isn’t funny but really shows off their strengths. I love their harmonies and the jazzy bits.

I hope you have a good weekend!  N and I are going out on date for dinner tomorrow and are going to see if we can try a new restaurant.  If it’s good I’ll tell you about it next week 🙂 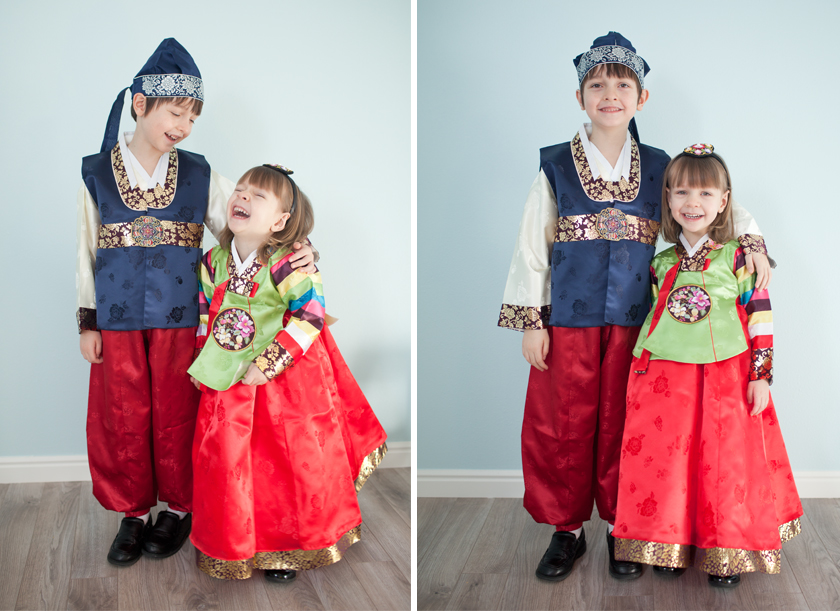 Happy belated Lunar New Year! I’ve been making some progress on my new year’s resolutions: exercising (I’ve been going to spin class on Mondays and a weight-lifting class two days a week); learning Spanish (using Duolingo on my phone), and writing in my 5-year diary.

I haven’t made much progress on decluttering my house, though.  I bought Marie Kondo’s book, The Life-Changing Magic of Tidying Up

, and put it on my coffee table a few months ago but not much has happen yet.  Weird, right?

I wanted to share this video of the Korean pop group Stellar performing the choreography of their song “Sting” wearing their hanbok for Lunar New Year.  It’s just something they taped at their studio but it’s cute.

N and the kids are off on Monday and I’m really looking forward to having a day off from our weekday routine.  And maybe getting caught up on laundry–dare to dream!

I hope you have a great weekend.

So Lizzy from Orange Caramel (one of my favorite Kpop groups) recently released this video featuring comedian Park Myung-so (PMS).  I’ve watched it a few times and it cracks me up every time.  There’s an ad in front of it but it’s worth it.

I hope you have a good weakend!  N’s department at work bought a pair of nice season tickets for the Utah Jazz and it’s our turn to get to use them tonight.  I’m not really that into basketball but I love going on dates with N so I’m excited.  I’m also looking forward to staying home tomorrow and catching up on the laundry situation around here which has become…dire.

See you next week!

The table and chairs are assembled!  Assembly was a breeze (really just screwing on the table legs) the difficult thing has been trying to find someplace to put all the cardboard packing materials.  We let the kids have free reign with all the boxes for a day to build forts with in the living room but then we dragged it all out to the garage…where it will probably stay until spring.

Last week N gave me the Kpop mix CD he made of the best new releases from December. He has made me a new mix CD every month for almost two years now and it’s the best.  The kids and I love listening to them in the car.  I’d like to figure out a way to stream each month’s mix here on the blog so the 4 of you that are interested in Kpop can listen to them 😉

For now I thought I’d share another of my favorite videos here again.  This one came out a few months ago but I like it a lot.  It is a cute collaboration called Hi Suhyun that is made up of Lee Hi (on the left in the frame below) and Lee Suhyun from Akdong Musician (on the right).

Loved this flow-motion video of the North Korean capital.  It’s fascinating but I’m still not convinced it would be a good idea to visit.  (Three Americans are being detained in North Korea right now.)

And now for something very different, here’s a fun mashup of some of the top Kpop hits of 2014 so far.

Some of my favorite Kpop groups have new songs coming out in the next few months–so excited!

I have a backlog of K-pop videos I wanted to share with you. This video by Orange Caramel is a few months old but it’s one of my very favorites. Enjoy, and have a nice weekend!

I think I enjoyed watching this number much more than the bride did. Poor girl looks stunned.

I hope you have a great weekend! We’re trying to muster the courage to take both kids to a movie tomorrow. It will be Mimi’s first time going to a theater. She’ll do fine…right?  Gulp.

I have a new favorite K-pop group: Crayon Pop is ridiculously cute, quirky, and talented.  Their songs and dance routines are great and I adore their fresh, dorky style.

The giant pompoms on their hats slay me.

Sometimes it’s hard to get a good view of their dance routine, but check out this video of a practice. It must take hours and hours to learn one of these routines.